A University of the Philippines molecular biology and biotechnology graduate is making waves in the research world in Sweden.

Ms. Sophia Raine C. Hernandez, currently a Ph.D. student at the Umeå University in Sweden and working with the Bushell Lab at the Molecular Infection Medicine Sweden, won second prize in the final heat of the Forskar Grand Prix (Researchers’ Grand Prix) held on November 25 in Stockholm. The title of her winning presentation? “Tackling Malaria by Looking at the Biology of Parasites.” 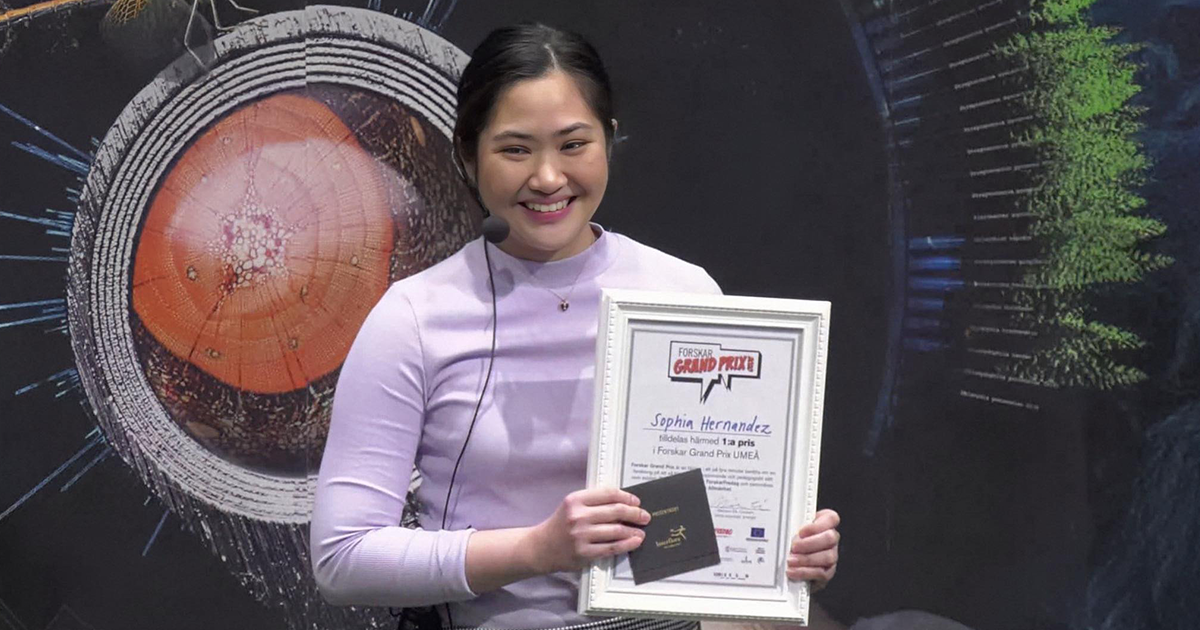 According to its English website, the Forskar Grand Prix is “a competition in which researchers in Sweden compete to find out who is best at presenting their research in just four minutes.” Participants qualify to compete in the final heat by winning in regional heats and two online heats. During the Grand Prix, seven finalists emerged. Among them, Hernandez qualified in the regional heat of Umeå, the Swedish University of Agricultural Sciences (SLU), and Umeå University/Curiosum Science Centre that took place in November 2020.

At last, in Stockholm, the finalists compete to determine who receives the honor of taking home the title. Communication and media researcher Michael Bossetta of Lund University won the championship, while Louise Karlsson of Halmstad University took third place as a researcher in stress-related diseases.

Hernandez opened her presentation by admitting that she dreamed of becoming a superhero as a child. But when she grew up, she chose to become a scientist instead, since scientists, much like superheroes, work to protect humans from an array of villains. Only the villains, in this case, are bacteria, viruses, fungi, and parasites.

For Hernandez, her arch-nemesis would be the parasite Plasmodium, which causes malaria, one of the most severe public health problems worldwide. Malaria causes around half a million deaths each year and disproportionally affects developing countries. Knowing this, Hernandez made it her quest to defeat this super-villain of disease using science—by developing tools to study the essential genes of the parasites to try to get a better understanding of the parasite’s biology and provide valuable information to the development of ways to target the parasite such as therapeutics and vaccine design.

In 2018, she and fellow UP MBB graduate Andrea Ong received the Sanger Prize, an outreach competition for undergraduate students who live in and study in low or middle-income countries. They joined the Wellcome Sanger Institute while they were both in their final year of undergraduate studies at UP.

UP NIMBB associate professor Dr. Denise Noelle Mirano-Bascos, Hernandez’s thesis adviser in UP, describes Hernandez in an email interview as “a student who was passionate about being a researcher.” Hernandez joined Dr. Bascos’ laboratory in her third year, then went on a student internship to the laboratory of Dr. Joseph DeRisi of the University of California-San Francisco for one summer.

“She finished her thesis in my lab on the sex-specific immune response of mice to immunization with malaria proteins and did a lot of good work,” Dr. Bascos recalled. Hernandez then became an instructor at the UP NIMBB for one year before going abroad for her graduate studies.

“Her supervisors at her internships enjoyed having her in their lab because she is very hardworking, reliable, and skilled in the laboratory. She is also very resourceful and independent. It doesn’t hurt either that she has such a wonderful personality and is so easy to get along with,” Dr. Bascos went on, sharing that Hernandez may have gotten her passion for scientific research from her mother, Dr. Christine Hernandez, associate professor of the UP Institute of Chemistry. 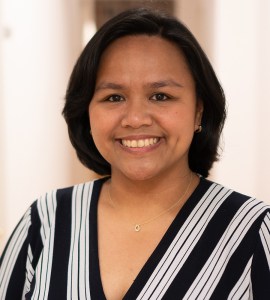 Ms. Hernandez was not the only UP alumna who impressed online audiences and an expert jury on how they presented their research in as engaging, educational, and easy-to-understand away as possible in just four minutes.

Held in September, the online heat had several thousand people rating the presentations of different contestants. When the online votes were combined with an expert jury, Louise Karlsson and Richelle Duque Björvang emerged as the winners. Karlsson would later go on to place third in the Forskar Grand Prix.

Björvang’s research delved into the relationship between exposure to chemicals and women’s fertility. According to the Forskar Grand Prix website, she is also looking forward to the experts’ feedback to help her become better at communicating her research, and considered the competition a “good platform for me to raise awareness on how chemicals affect women’s health.”

With reports from the UP OAR