The UP Institute of Environmental Science and Meteorology (UP IESM) is celebrating its 18th anniversary this March with a month-long webinar series on different issues and aspects of environmental science and meteorology in the Philippines. 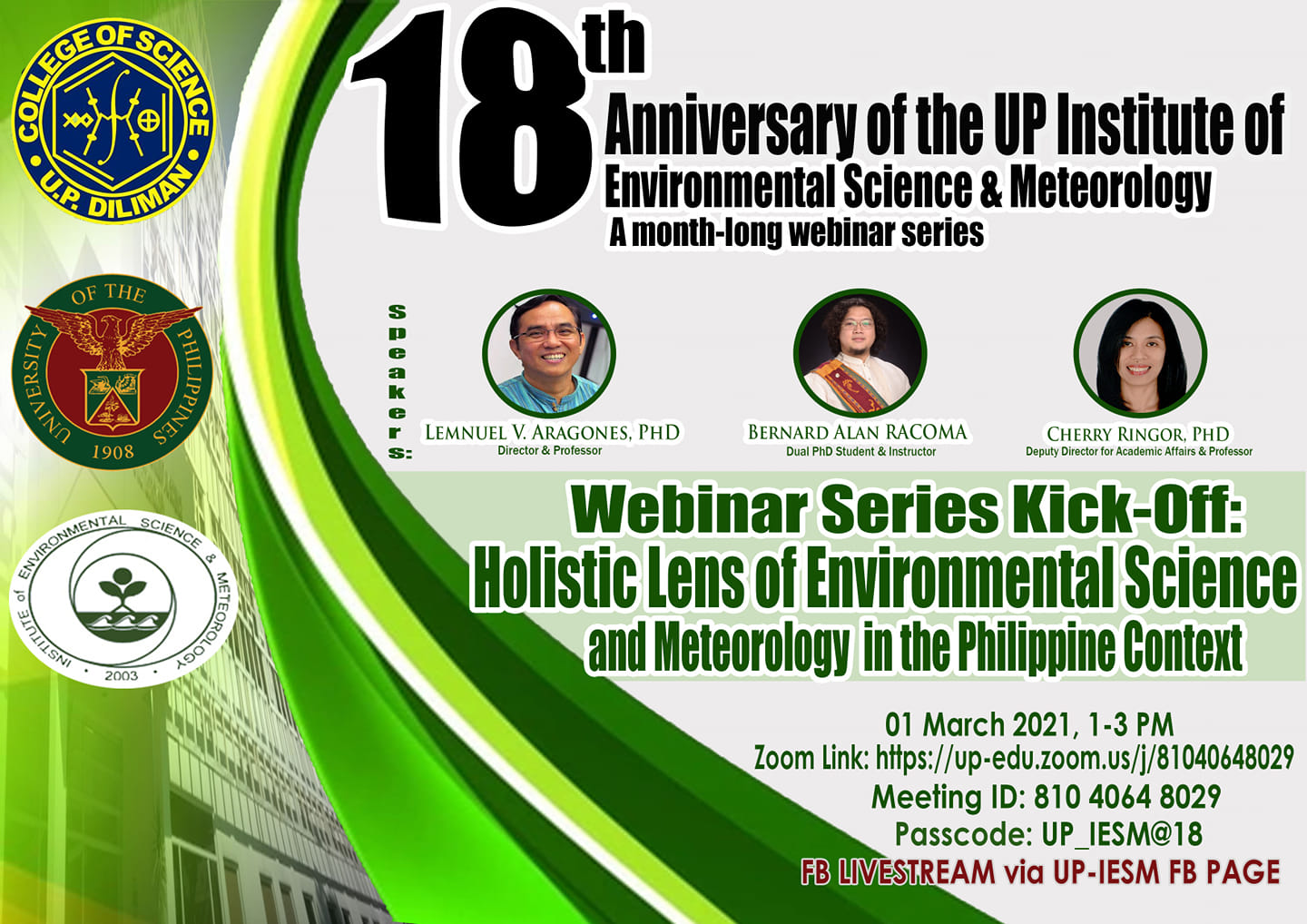 The first webinar that kicked off the series, focusing on the “Holistic Lens of Environmental Science and Meteorology in the Philippine Context”, was held on 01 March. It featured as speakers: Dr. Lemnuel Aragones, Director of UP IESM; Dr. Bernard Alan Racoma; and, Dr. Cherry L. Ringor, UP IESM Deputy Director for Academic Affairs,. The live stream may be viewed on the UP IESM Facebook page. 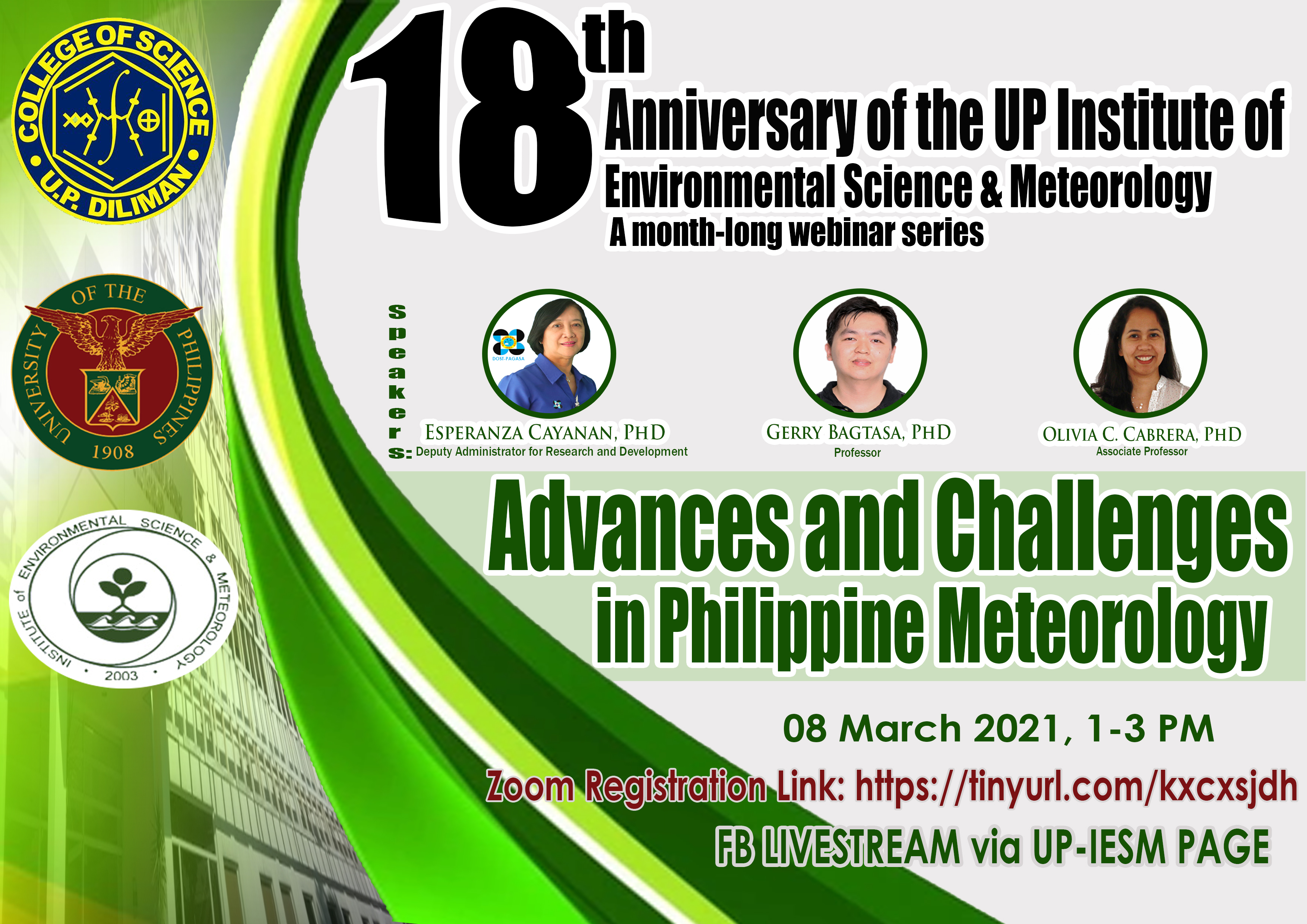 The second webinar in the series, scheduled on 08 March 2021 at 1:00 p.m., will take on the “Advances and Challenges in Philippine Meteorology”. It will feature as speakers: Dr. Esperanza Cayanan, UP IESM Deputy Administrator for Research and Development; Dr. Gerry Bagtasa; and, Dr. Olivia Cabrera. You may register for the Zoom event at https://tinyurl.com/kxcxsjdh. 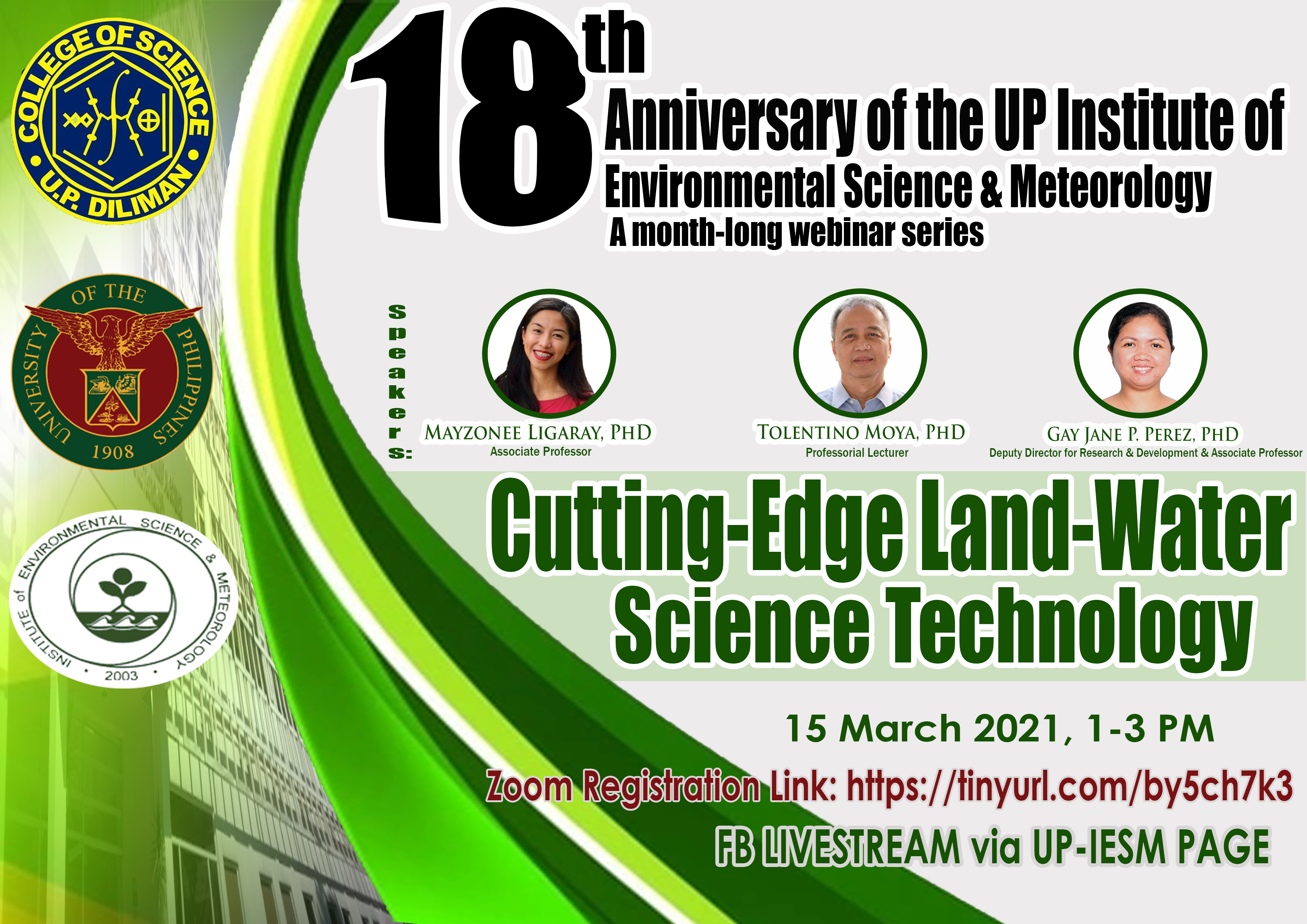 The third webinar in the series will discuss “Cutting-Edge Land-Water Science Technology”. The speakers will be Dr. Mayzonee Ligaray, Dr. Tolentino Moya, and Dr. Gay Jane Perez, UP IESM Deputy Director for Research and Development. The webinar will be held on 15 March 2021 at 1:00 p.m. The registration link is https://tinyurl.com/by5ch7k3. 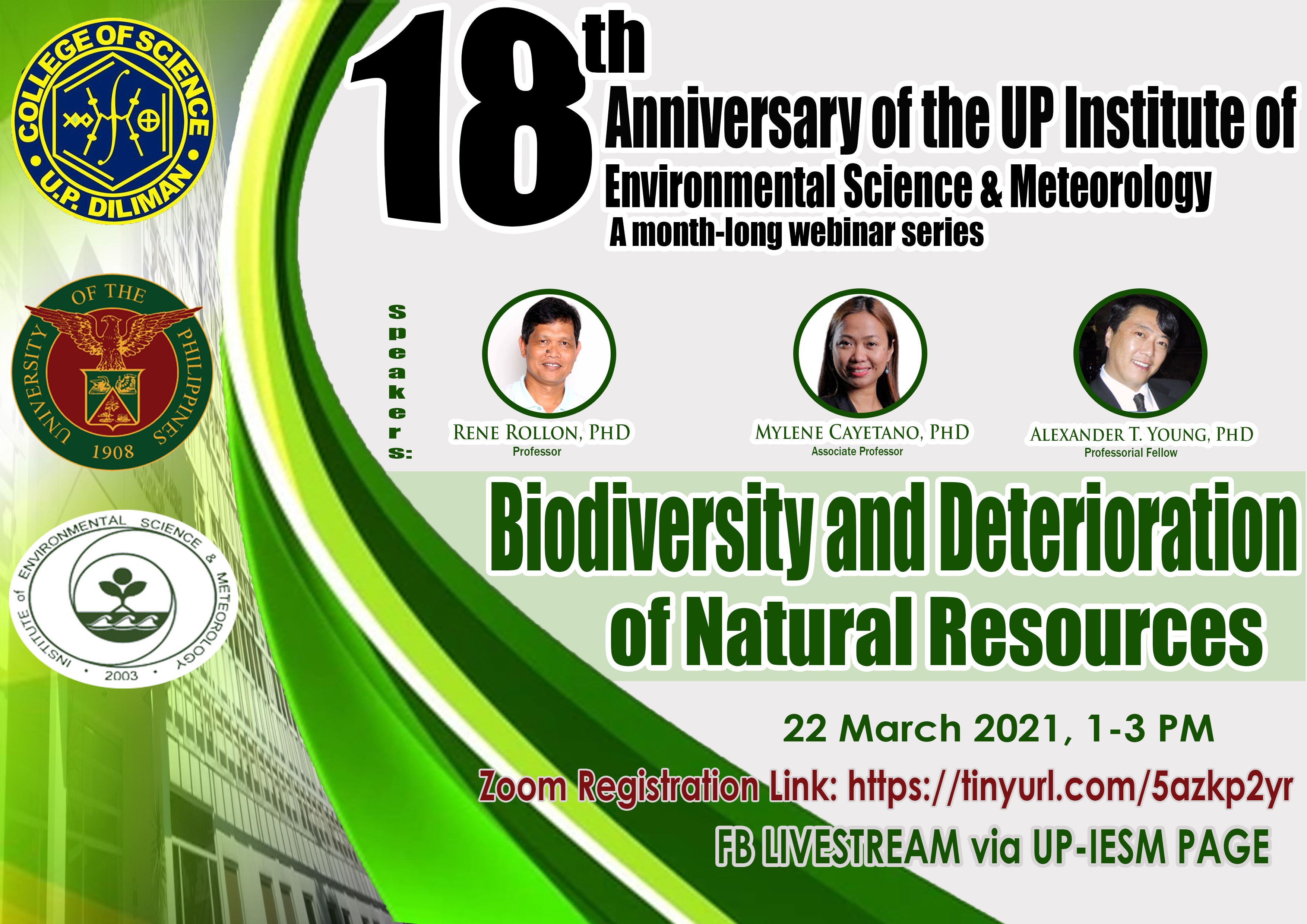 The fourth and final installment in the UP IESM’s anniversary webinar series will take on “Biodiversity and Deterioration of Natural Resources”, with Dr. Rene Rollon, Dr. Mylene Cayetano, and Dr. Alexander Young as speakers. It will be held on 22 March 2021 at 1:00 p.m. Register for this webinar at https://tinyurl.com/5azkp2yr.

The live stream of all the webinars in the UP IESM’s 18th anniversary webinar series can be viewed at the UP IESM’s Facebook page.

The UP IESM is an academic unit of the UP Diliman College of Science. Merging the Environmental Science Program (ESP) and the Department of Meteorology and Oceanography (DMO), the UP IESM serves as a Center of Excellence in the environmental and atmospheric sciences in Asia Pacific. The Institute investigates natural phenomena contributing to many major decisions toward sustainable development in the country and the region. It has been designated as the Center of Excellence for Environmental Science by the Commission on Higher Education. The UP IESM is also the Regional Training Center for the World Meteorological Organization Region V.