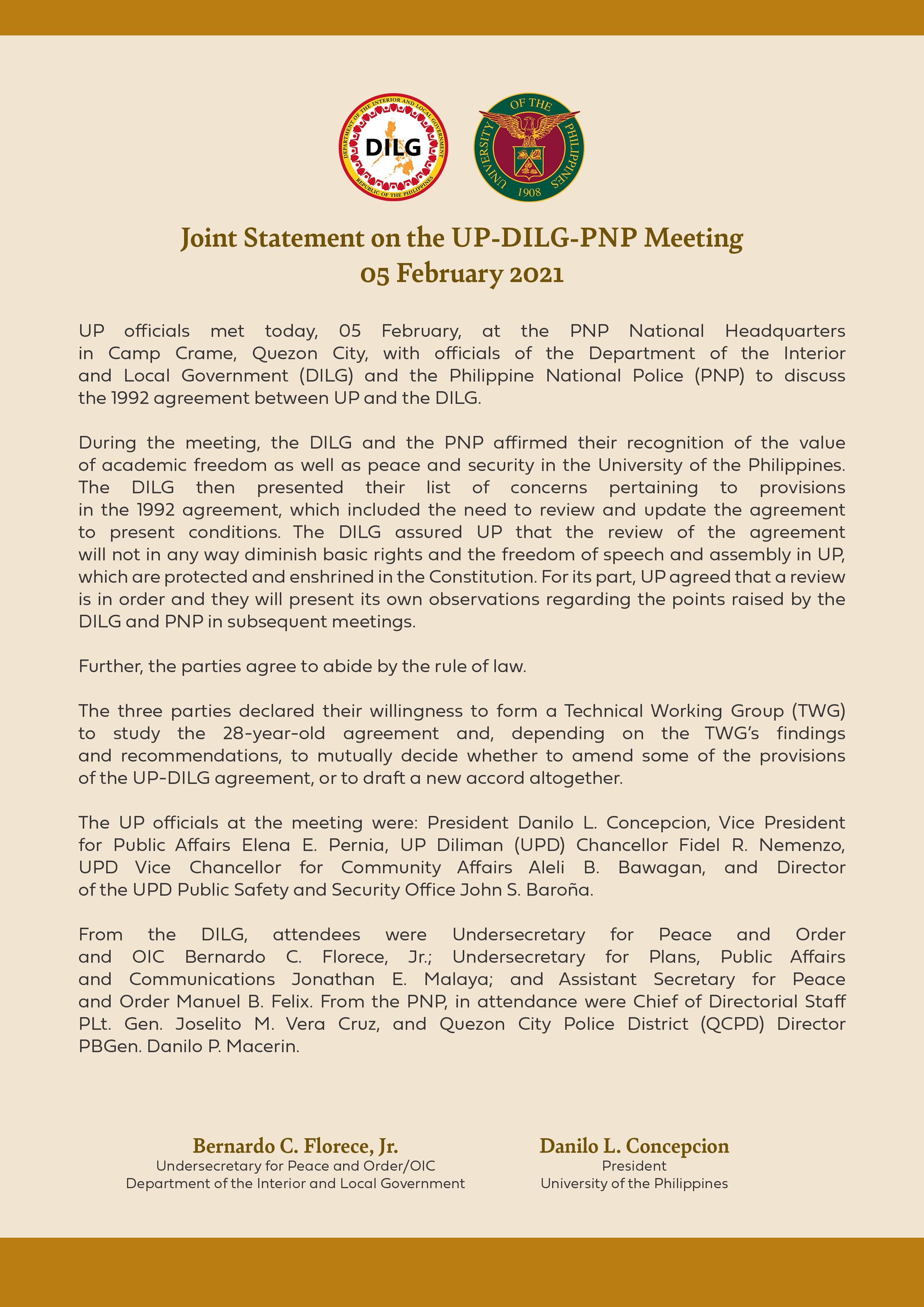 UP officials met today, 05 February, at the PNP National Headquarters in Camp Crame, Quezon City, with officials of the Department of the Interior and Local Government (DILG) and the Philippine National Police (PNP) to discuss the 1992 agreement between UP and the DILG.

During the meeting, the DILG and the PNP affirmed their recognition of the value of academic freedom as well as peace and security in the University of the Philippines. The DILG then presented their list of concerns pertaining to provisions in the 1992 agreement, which included the need to review and update the agreement to present conditions. The DILG assured UP that the review of the agreement will not in any way diminish basic rights and the freedom of speech and assembly in UP, which are protected and enshrined in the Constitution. For its part, UP agreed that a review is in order and they will present its own observations regarding the points raised by the DILG and PNP in subsequent meetings.

Further, the parties agree to abide by the rule of law.

The three parties declared their willingness to form a Technical Working Group (TWG) to study the 28-year-old agreement and, depending on the TWG’s findings and recommendations, to mutually decide whether to amend some of the provisions of the UP-DILG agreement, or to draft a new accord altogether.