On August 4, 2021, in the middle of an afternoon of unsettled weather and a silently raging pandemic, a small team from a project named CONNECT—Cable Operators Neutral Network Exchange for Community Transformation, rushed to beat the National Capital Region’s impending lockdown just two days away. With an imperceptible click of one end of a cable, an indicator lit up, signaling the completion of a 24,000-meter optical path on which two wavelengths of light each transported 1 billion bits per second in opposite directions inside a single glass fiber around the size of a strand of human hair. There were no high-fives, not in this era of health protocols and distancing. Just a feeling of relief, because that same link had refused to work two days earlier due to fussy equipment. The barangay hall along Laguna Lake in Binangonan, Rizal, was finally online.

According to the residents of Barangay Kalinawan (population: 2,062), a mere 30 kilometers southeast of Quezon City, they had never enjoyed permanent high-speed connectivity before. Several entities had surveyed the area over the years with the intention of erecting telecommunications towers, but none of those efforts eventually translated into continuous and pervasive Internet connectivity for residents.

There are several hundred cable TV operators in the country and they’re everywhere, some in areas where you can’t get a good mobile signal, much less decent 4G Internet connectivity on your phone. The smaller, local ones tend to build closer relationships with their subscribers in much the same way you are more likely to know the owner of your suking tindahan than even catch a glimpse of the owners of SM Megamall. Some operators even still go house-to-house to collect subscription payments, or at least they used to, before the pandemic hit.

Having infrastructure and subscribers even in areas where telco-based Internet connectivity is poor make cable operators a promising strategic force in bridging the digital divide. The rise in popularity of online video services, the precipitous drop in traditional cable TV subscriptions, and the surge in demand for general Internet service especially during the pandemic—all these mean that cable operators, especially the small- and medium-sized ones, need to quickly transform business models and technical capabilities and shift to providing Internet access and other services on top of it. There is both a push and pull for it. This is one aspect of the “community transformation” in the CONNECT project title.

The other aspect of “community transformation” has to do with residential communities themselves. Instead of depending solely on commercial service providers to set up telecommunications facilities and infrastructure, ordinary citizens can set up, operate and manage their own local community networks. This model has been used with varying degrees of success all over the world, such as in Central and South America, Europe, and even in the US. One very successful example is guifi.net, which has around 37,000 active nodes mostly in Catalonia, Spain and in nearby areas. Such an approach is certainly worth considering in the Philippines.

A local community network in itself can provide many things, such as much needed local communications during a pandemic. In Kalinawan, teachers who need to keep printing and distributing course materials and modules eagerly await, if not press for their elementary school to get connected next. A community network can be used to support local CCTV for peace and order needs, or to integrate sensors for disaster resilience, smart farming, or environmental protection. Local networks do not automatically provide Internet access, but make it easier and cost-effective for commercial providers to come in and open new markets where they have no infrastructure. More importantly, it will allow cable operators, especially the small- and medium-sized ones with limited capex funds, to easily sell Internet access either in bulk, or individually to residents by riding on top of (and consequently paying back for the use of) the local community-owned infrastructure. Either way, both sides win. 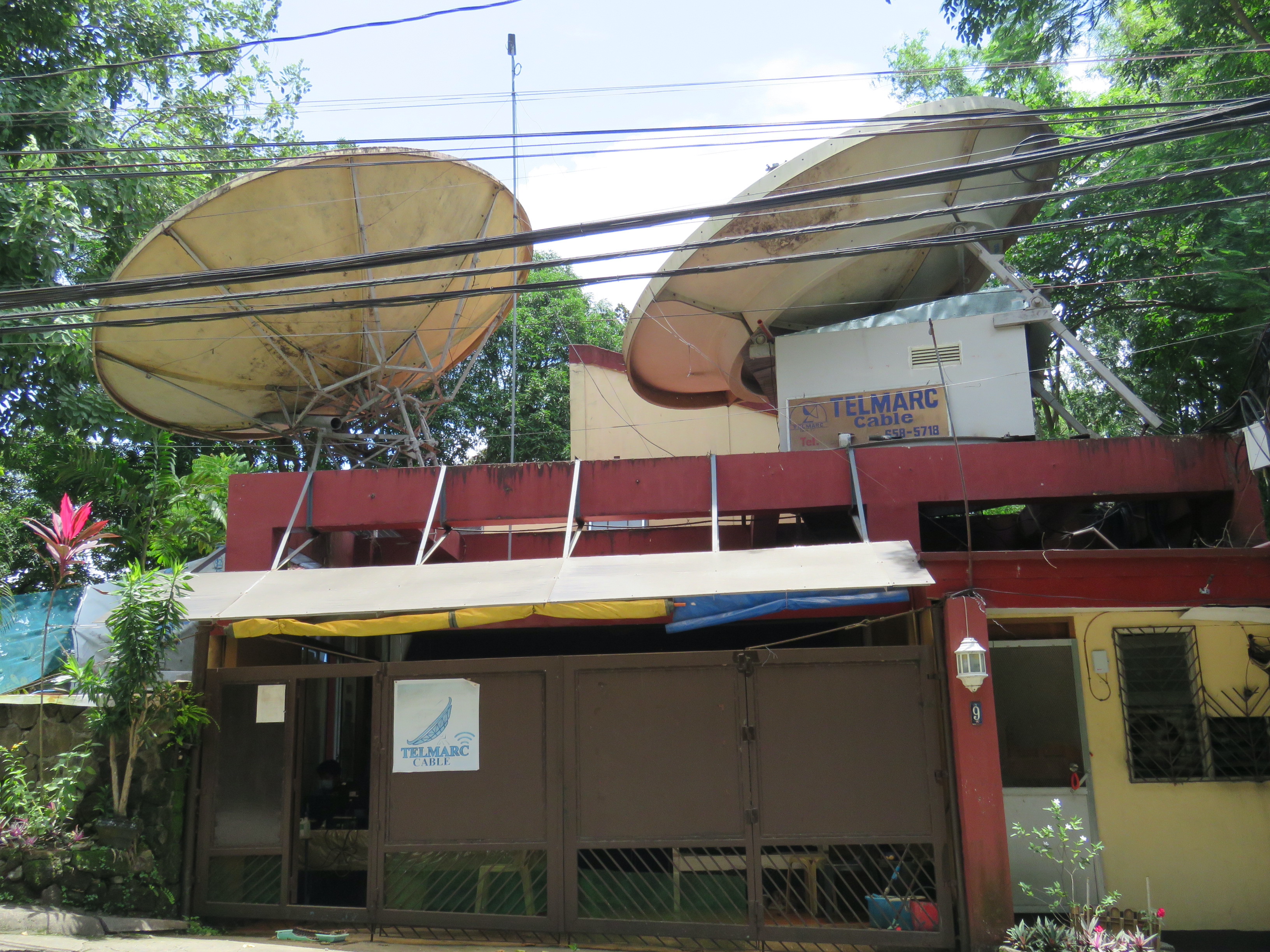 Community transformation. Telmarc Cable has set its sights not only on the transformation of the cable TV business, but on the sector’s role in transforming communities and society as well. Photo by Karisse Villanueva, CONNECT project staff

We first met with cable TV operator and CONNECT partner Telmarc Corporation sometime in 2016, after having been introduced by Engr. Alfonso ‘Tito’ Aliga Jr of the UP Engineering R&D Foundation, Inc. Our conversations with Telmarc CEO Edgardo Paynor and his sons Tyrone and Kevin soon turned to stimulating discussions on ideas like enabling teacher-sharing by interconnecting K-12 schools. We quickly brought in DOST’s Advanced Science and Technology Institute (ASTI), a longtime collaborator that operates the national research and education network

PREGINET, as well as collaborators from the Central Luzon State University (CLSU), with whom we worked in an earlier DOST PCIEERD-funded community networks research program called Bayanihanets. After an unsuccessful grant application with another funding organization and subsequent rethinking of our approach, our group applied to the 2nd Call for Proposals for the Asi@Connect Project in November 2017. Asi@Connect is funded by the European Union and Asian partners, and managed by the TEIN Cooperation Center in Seoul, Korea. In February 2018, we were informed that our application was accepted, and in January 2019 the project officially commenced.

More than two years later, and with the significant added burden of moving things forward in the midst of a crippling pandemic, CONNECT’s more tangible deliverables have begun to emerge. Two days before the Kalinawan link activation, we turned up the “neutral network exchange” component of the project at the Telmarc operations center in Taytay, Rizal. More technically known as an Internet exchange point (IXP), this aims to promote local interconnectivity and data exchange between cable TV operators by offering an open and neutral ‘meeting point’ for their respective networks. To draw an analogy: an IXP is like having either a service road or common intersection directly connecting multiple gated subdivisions. You don’t need to traverse the expressway and pay toll fees just to get to a neighboring subdivision. Local traffic stays local. Having an IXP for cable operators will not only dramatically reduce the time it takes for traffic from one cable operator to get to the next (the ‘end-to-end delay’), but it will also translate to financial savings by avoiding the use of expensive international links. As an added bonus, the CONNECT IXP in Telmarc can also serve as a “feeder point” where Internet bandwidth can be supplied to an interconnected community network such as the nascent one in Kalinawan.

CONNECT’s IXP is an effort co-led by a cable operator for cable operators, but it is by no means for the exclusive use of the sector. Any Internet service provider or network operator, even community network operators, should be able to join in the future. Nor is it the first for the cable industry. The Philippine Cable and Telecommunications Association operates its own IXP, called the PCTA IX. We believe that CONNECT’s IXP is not a competing effort but rather a complementary one. More IXP locations will mean that it will be easier and cheaper for even small and medium network operators to physically connect and join. As a rough analogy, it’s like having more domestic airports with direct flights in between so that you’re more likely to be close to an airport on average, and you’re likely to get a direct flight to your desired destination.

CONNECT’s IXP also tries to bring in new technologies and architectural concepts for Internet exchanges. It uses software-defined networking (SDN) and artificial intelligence as technology components for the next generation of IXPs. This is where some of the more advanced research contributions and resources from CONNECT and other initiatives like the CHED-funded PCARI Scalable Community Access Networks (SCAN) and PCARI PRIME programs are poured in; and it is also where our partners CLSU and ASTI are also heavily involved. In early 2019 we set up the Science City of Munoz Internet Exchange or SCIMIX, an experimental IXP facility located in the CLSU campus in Munoz, Nueva Ecija. SCIMIX is primarily aimed at interconnecting R&D and educational institutions in the area with network operators including local cable operators. Experimental components and approaches planned for the CONNECT IXP in Telmarc undergo real-world testing first in SCIMIX. 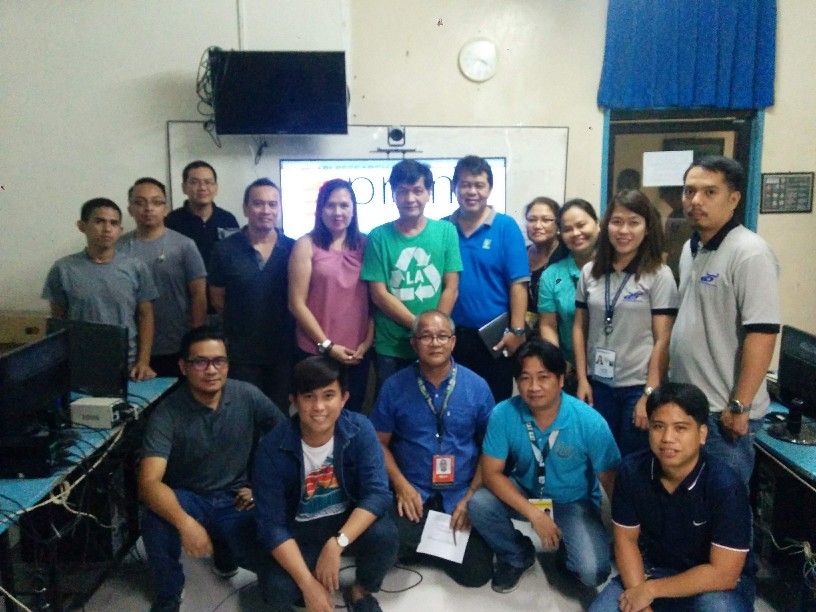 Even after two years of work, Kalinawan is still just the beginning. There are four other barangays we are committed to connect either within or outside the formal duration of the CONNECT project. Sustainability is of course a major concern. To be optimistic, we’ve already received expressions of interest from civic organizations to help with expansion and sustainability, and to explore the possibility of organizing users into registered cooperatives. We will also be seeking support not only from research or developmental grant opportunities, but also from government programs like DICT’s Free WiFi initiative. We would be more than happy to propagate the Free WiFi “signal” (SSID) on around 100 more publicly-accessible WiFi access points to be deployed under CONNECT.

Ultimately, sustainability will depend on the communities themselves. An IXP is only an IXP if you have active and connected members who use, benefit from, and govern it. A community network by definition has to be cooperatively owned, used, operated and governed by the community itself. These were among ideas put forward in 2016 by then PhD student and now colleague Isabel Montes-Austria, who theorized that local community networks could leverage the bayanihan social tradition, as well as in Nobel Laureate Elinor Ostrom’s guiding principles for the management of commons. That work, supported by DOST PCIEERD, ended in 2017 but continues to guide our work today not only with community networks but in IXP design.

At a conference in Brazil back in 2016, after I presented some of our work on how local bayanihanets might be designed and operated, Roger Baig Viñas of guifi.net came up to me and said: “Concepts like common pool resources and Ostrom, these seem to be very clear to you. You are building your system based on it. . . . It took us years to figure it out.” Five years later, we’re not really sure about things being very clear to us, but we’re willing to try, fail, learn, and build. We have no illusions of building all of these ourselves. Our mission is to engage, enable and empower. Community networks should be by the community, for the community. Like the task of raising a child in the African proverb: it will take a village to build a bayanihanet.

The Asi@Connect Project is funded by the European Union and Asian partners, and is managed by the TEIN Cooperation Center (TEIN*CC) based in Seoul, Korea. More information may be found at the Asia@sConnect website.

Authored by Dr. Roel Ocampo, a faculty member at the UPD Electrical and Electronics Engineering Institute, and the Principal Investigator of the Asi@Connect-supported CONNECT project