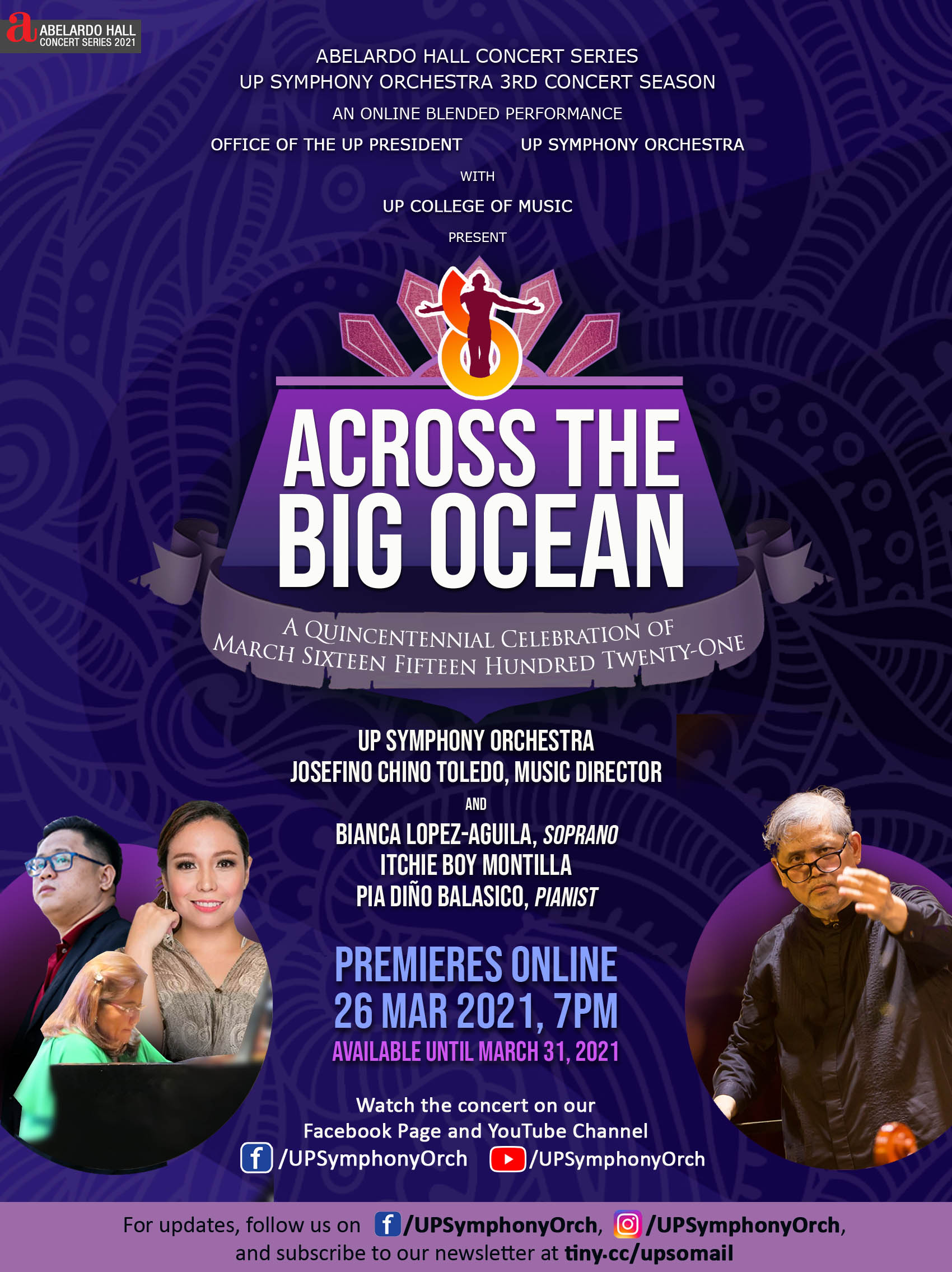 On March 16, 1521, Ferdinand Magellan arrived on Philippines shores. This year, the world commemorates the 500th anniversary of the first circumnavigation of the world and the role that the Philippines played in this historic event.

In solidarity with the 2021 Quincentennial Commemorations in the Philippines and the University of the Philippines (UP) Diliman’s Arts and Culture Month celebrations on the same theme, the UP Symphony Orchestra presents “Across the Big Ocean: A Quincentennial Celebration of March Sixteen Fifteen Hundred Twenty-One”. Through music, the official orchestra of the University will trace Magellan’s journey around the world and give their audience the opportunity to lose themselves in another era.

This is the fourth installment of the orchestra’s ongoing online blended concerts series, which began last October. Their virtual hour-long performances include a mix of archived videos from past performances, and new, remotely recorded works. The series will include two more performances scheduled for release in late May and late July.

“Across the Big Ocean” will be streamed on the orchestra’s Facebook page and YouTube channel. The premiere is set for Friday March 26, 7pm, and will be available for viewing until March 31st.

Be part of this once-in-500-years celebration! See you there!