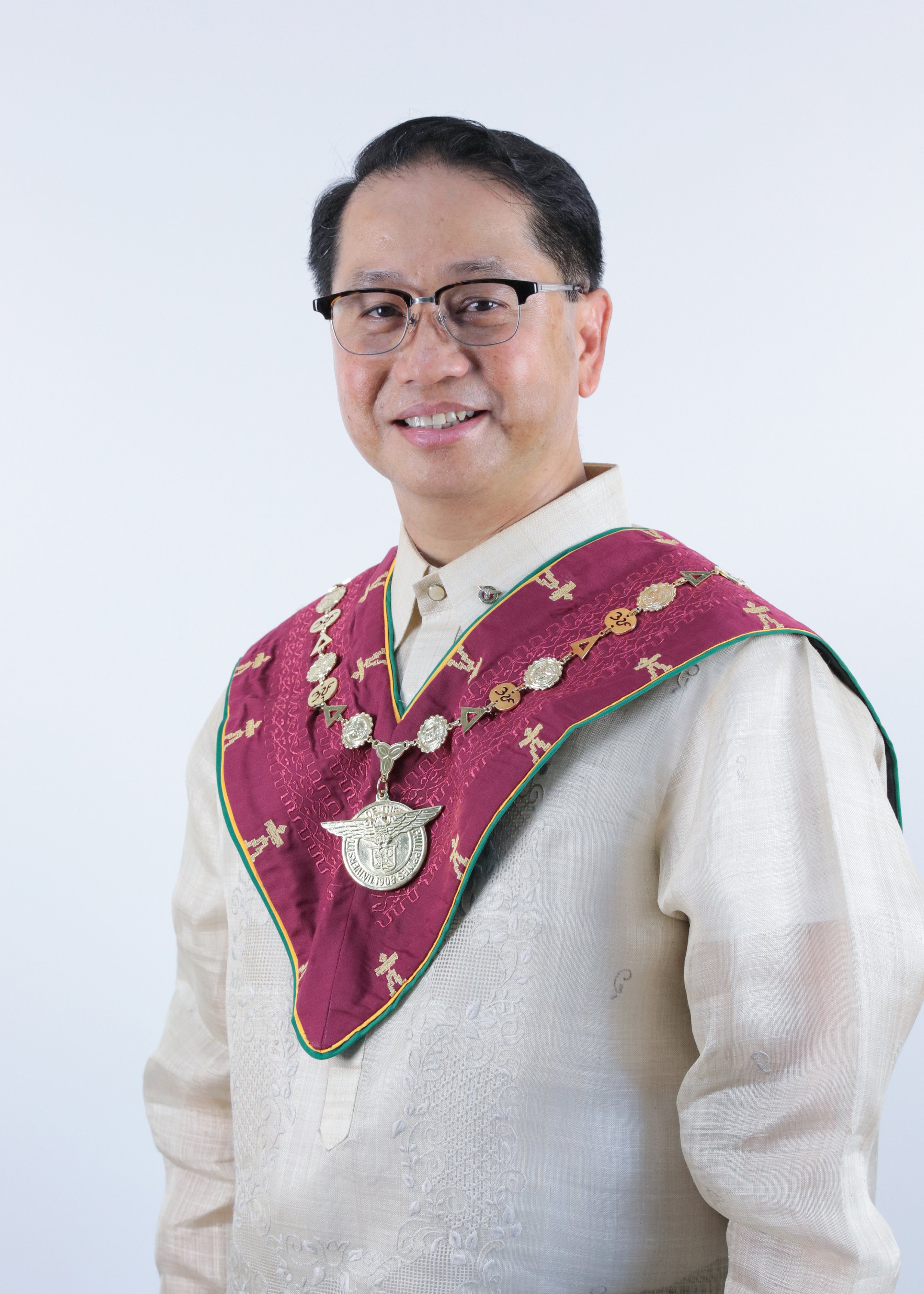 President Danilo Lardizabal Concepción is the 21st President of the University of the Philippines. His six-year term started in February 2017, serving after former President Alfredo E. Pascual.

With a vision to lead UP in fulfilling service that true to its slogan “honor and excellence”, but more importantly with compassion, President Concepcion commenced his term with the following guiding principles:

“Malasakit”, the preferred term in Filipino, means we suffer with our fellow students, fellow workers, and fellow Filipinos. It is not simply knowing what each other go through, or understanding their burden, but sharing each other’s burden that it may become lighter. He has initiated his term with this as his administration’s core virtue.

President Concepcion is a member of the UP College of Law faculty where he served as Dean (2011-2017), as Associate Dean (2002-2006), and as Head of the UP Law Center (2002-2006). He also served briefly as the Vice President for Legal Affairs and the UP Bonifacio Global City Campus’ Executive Director in former President Pascual’s term.

President Concepcion was also appointed as President of the Dela Salle-Araneta University from 2000-2002 before returning to UP to teach at the College of Law. He also served in various capacities for the government including his appointment as Associate Commissioner of the Securities and Exchange Commission (1996-2000), Chief-of-Staff of the Chief Presidential Legal Counsel (1996), among others.

Presently, he continues his work in the Philippine Judicial Academy’s Civil Code Committee, the MCLE Governing Board, the Supreme Court’s Committee on Bar Matter and Continuing Legal Education, the Pamantasan ng Lungsod ng Valenzuela’s Board of Regents, and the Philippine Association of Law Schools. His civic activities include his governorship at the Philippine Red Cross; Knight Grand Order of Rizal for the Order of the Knights of Rizal, fellowship with the Upsilon Sigma Phi Fraternity, and membership in the Phi Kappa Phi International Honor Society among many others.

Roles and Powers of the University President

The UP President is the Chief Academic Officer, Head of the University Faculty, and Chief Executive Officer of the University for a fixed term of 6 years.  The President is expected to pursue goals stated in the UP Charter and pursue the Vision-Mission (which is later refined into a 6-year strategic development plan) s/he pledged to the community.

Majority of the powers of the UP President are provided for in the UP Charter and determined  by the Board of Regents as reflected in the Handbook on Existing Delineation of Authority in the University (2008).

Offices under the Office of the President