The University of the Philippines took stock of its performance in the last Times Higher Education-World University Rankings (THE-WUR) edition to understand the setbacks in the rankings and address them accordingly as the country’s flagship university.

In terms of teaching, where out of 100, UP’s score dipped from 23.5 to 22.6, the UP Office of the Vice President for Academic Affairs (OVPAA) said it was affected by a decrease in the number of graduates. This, the office said, can be attributed to the implementation of the Department of Education’s K-12 program.

Based on its assessment, UP will recover its teaching or learning environment score only after the 2023 THE-WUR, with a usual number of graduates. This will be combined with the efforts to increase the ratio of PhDs to academic staff, its staff to student ratio, and the institutional income.

UP’s international outlook score, which went from 33.4 to 33.1, was due to restrictions in hiring foreign faculty and enrolling foreign undergraduate students, the OVPAA added. 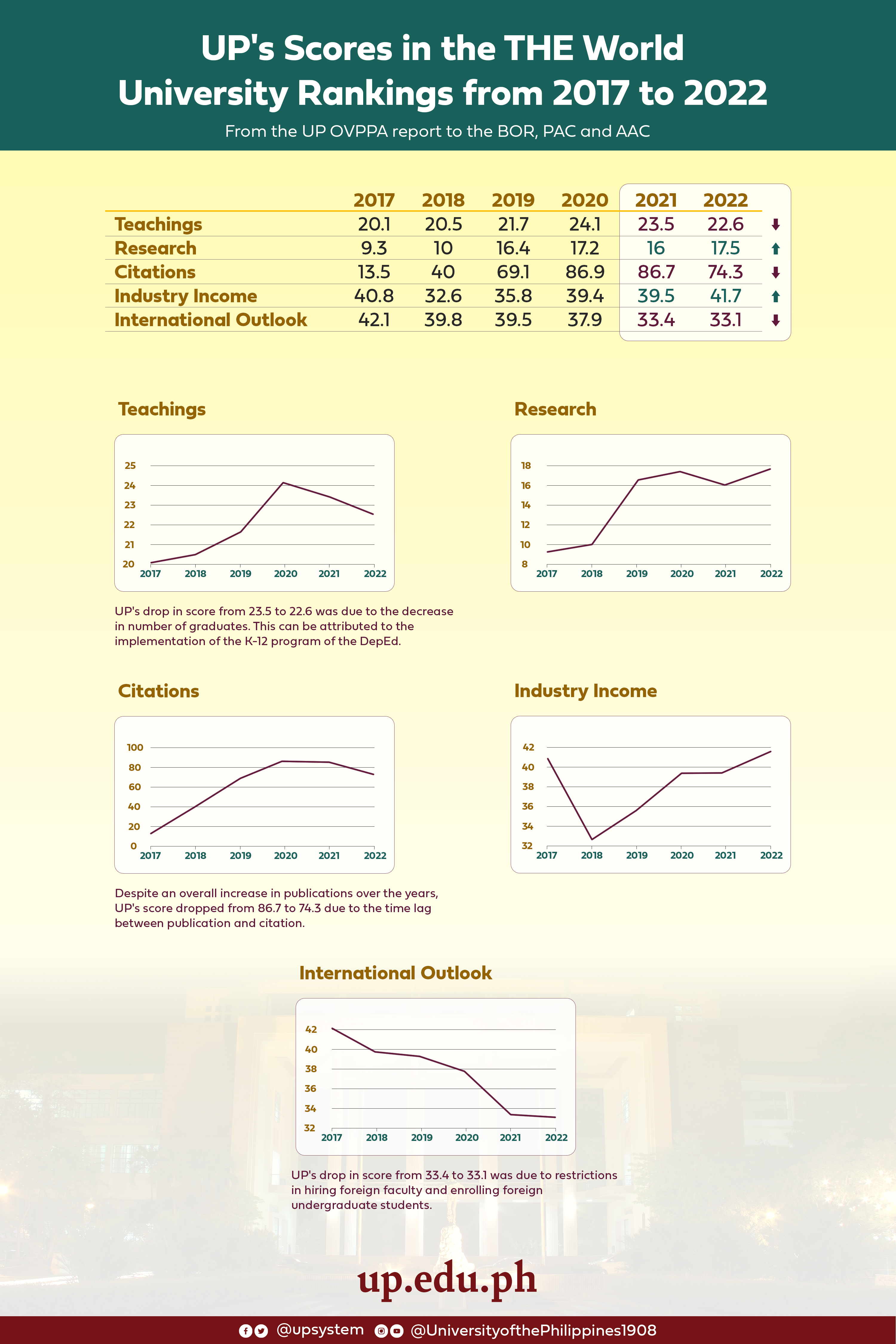 The University thus remains in pursuit of contractual appointment of foreigners as regular faculty with the same teaching, research, and publication requirements as Filipinos. It is also working to institutionalize cross-appointments. In addition, UP is expecting more foreign students as it organizes Asia Pacific Rim University’s (APRU) student mobility programs in October 2022.

UP’s encouragement of more international collaborative research should address the lower citation score. This kind of research correlates with high citation scores in THE. The OVPAA said that this notwithstanding, the University is conscious of avoiding the pitfalls of past collaborative projects. UP hopes to sustain the increase in publications in general arising from its research.

Research is a significant criterion where UP improved its score, from 16 to 17.5. The University also improved in terms of industry income, from 39.5 to 41.7.