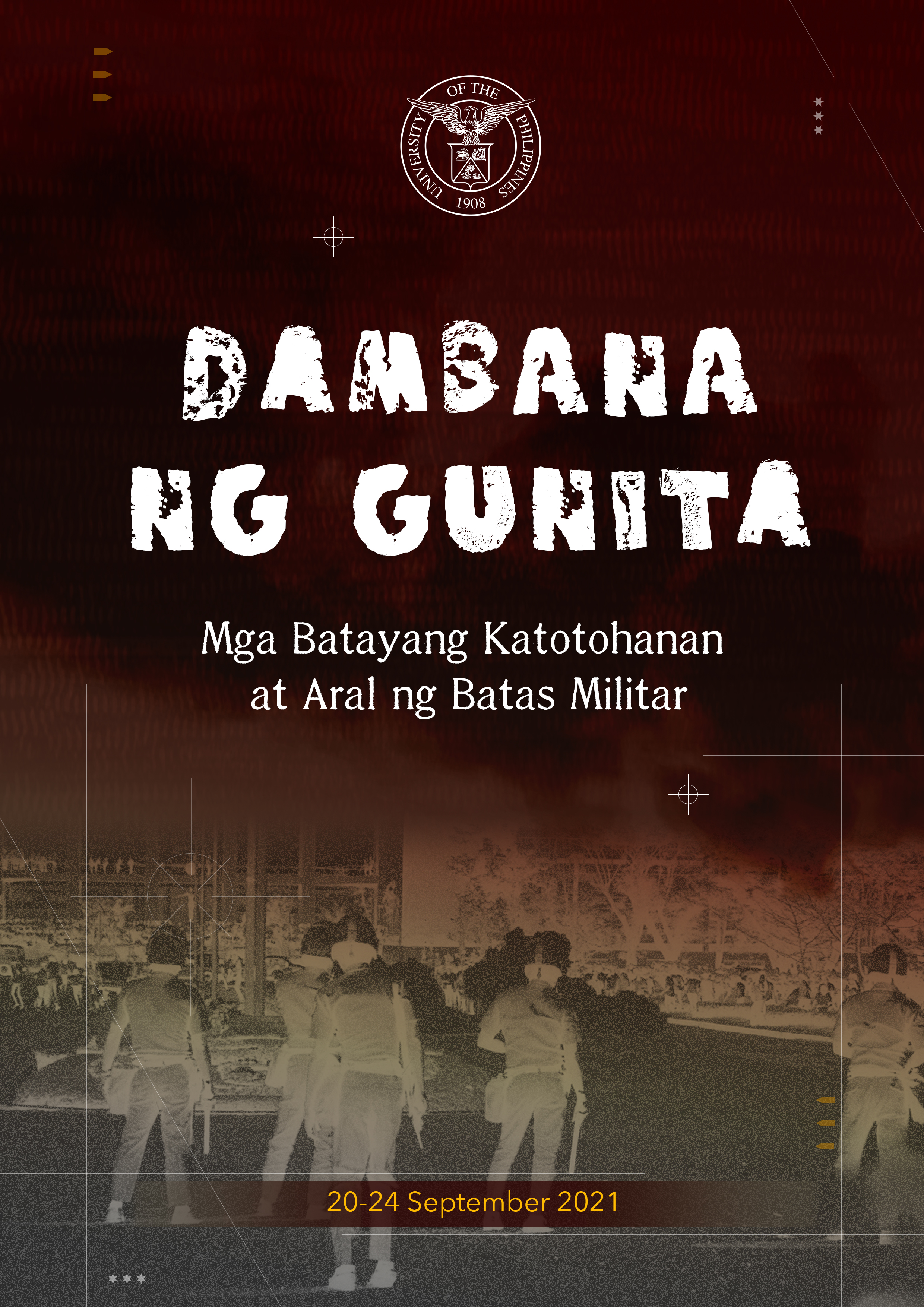 The 49th anniversary of the declaration of Martial Law in the Philippines and the upcoming national elections call for historical awareness from our voting populace.

Once again, the University of the Philippines (UP) is set to honor the struggles of the Filipino people under the authoritarian regime and the University’s contributions in the uprising against the Marcos dictatorship through the UP Days of Remembrance.

Five educational webinars will bring out the truths and debunk myths about Martial Law and the Marcos regime. Each webinar is interspersed with artistic and musical performances that illustrate the socio-cultural milieu of the era.

Faculty and researchers from across the UP System, scholars from outside the University and overseas, and human rights activists and progressive artists will speak about the realities of Martial Law based on their own experiences and studies.

This year’s presenters and performers hope to enshrine the names and struggles of the University’s best and brightest who fought, struggled, and made the most extraordinary sacrifices in the name of freedom and democratic ideals.

UP President Danilo L. Concepcion signed Proclamation No. 1 in 2018, declaring September 21 of every year as UP Day of Remembrance. The initial one-day event is now a week-long commemoration consisting of special lectures, meetings, and ceremonies. Constituent Units (CUs) across the UP System memorialize UP’s contributions to the nation’s struggle against dictatorship and tyranny.

Individuals and institutions who wish to continue learning about our country’s history, who believe in the importance of upholding and defending basic freedoms, civil liberties, and human rights are all invited to be part of this year’s UP Days of Remembrance.

Watch this space for more updates on the program, lineup of speakers, and registration links for the UP Day of Remembrance 2021. Livestream of the webinars and the online exhibit will be available via TVUP.ph and TVUP’s YouTube channel.