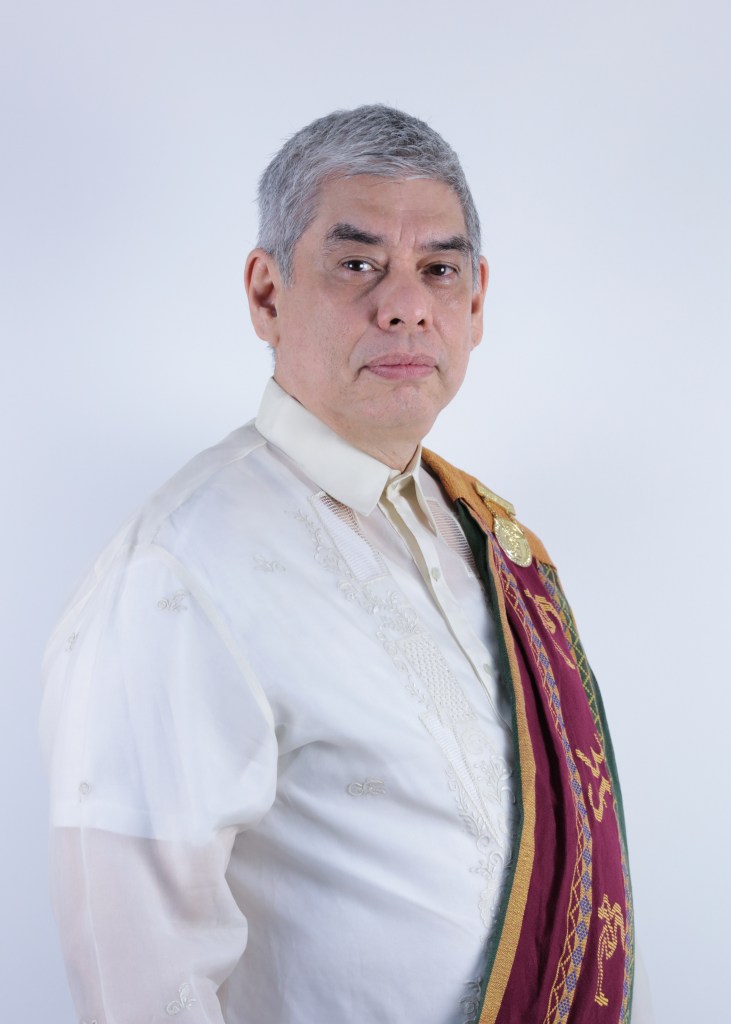 Secretary of the University and of the Board of Regents Roberto M. J. Lara graduated from the University of the Philippines with a degree of Bachelor of Arts in Social Science (1982) and Bachelor of Laws (1987). He obtained his Masters of Law (Commercial Law) degree at the London School of Economics and Political Science (1999).

Atty. Lara has worked in various government agencies, including as Senior Technical Assistant to then Senator Rene A.V. Saguisag, and as Chief of Staff of former BIR Commissioner Liwayway Vinzons-Chato. After leaving government service in 1998, he engaged in private law practice until his appointment as University Secretary in February 2017.

a. Board of Regents (BOR);
b. President’s Advisory Council (PAC); and
c. President’s Management Committee (PMC).

OSU upholds operational excellence and efficiency in supporting the major functions of the University through efficient and timely processing of communications and effective management of the University records and policies.

In line with the thrust of the current administration to shift to an electronic University (e-UP), OSU initiated the development of the OSU website where the Summary of BOR Decisions and the BOR Minutes in Gazette form are uploaded to enable the Constituent Universities (CUs) and the general public to readily access University policies and other vital information.

For more information on the OSU, you may also visit their website by clicking here or the picture below. 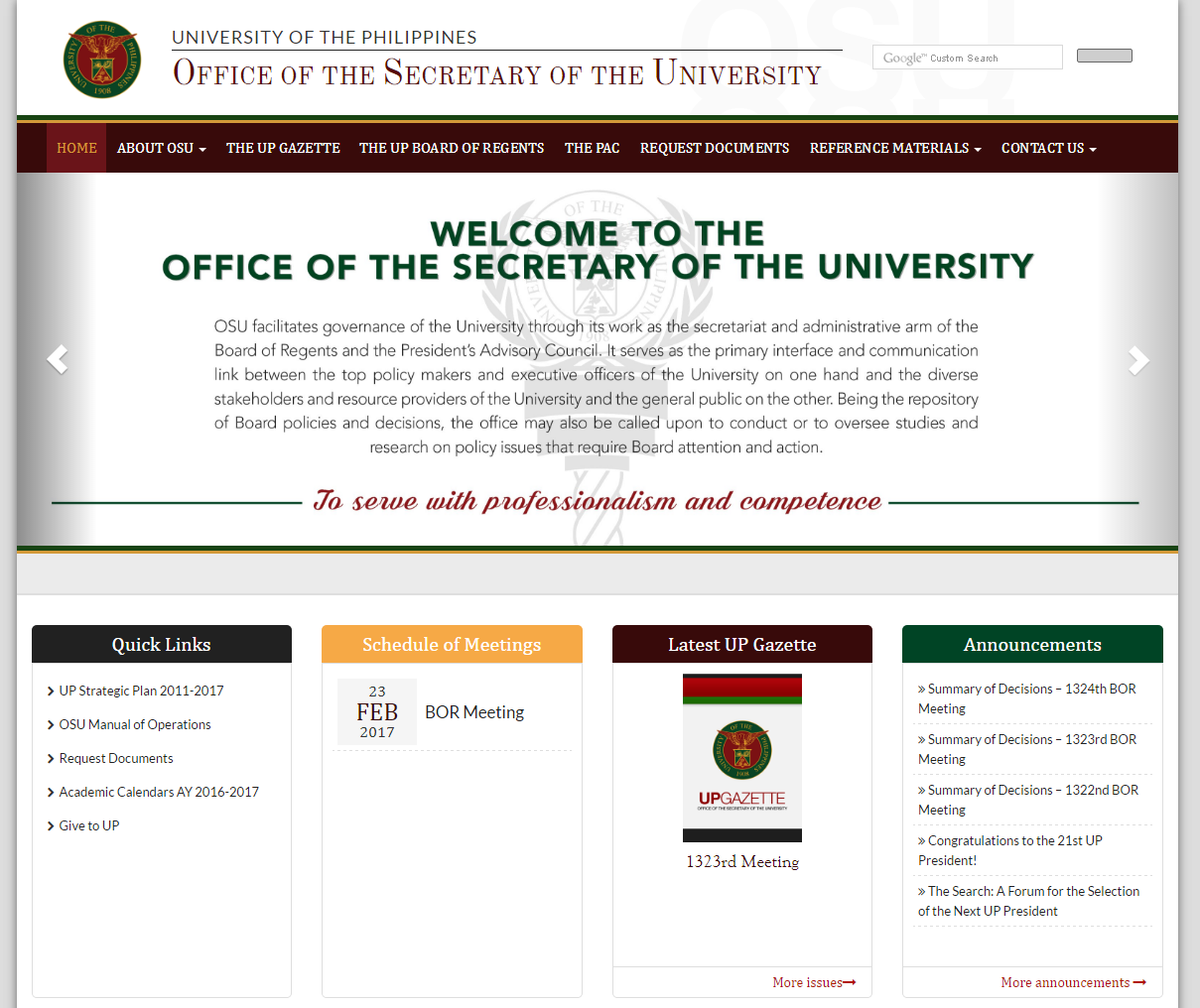