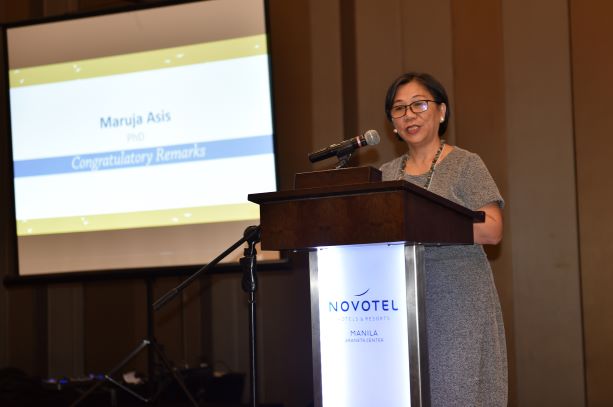 Dr. Maruha Asis, executive director of the Scalabrini Migration Center, congratulates the UP Korea Research Center for organizing the Congress. She notes that both Korea and the Philippines used to be both origin countries for international migrants until the 1970s; and that in the 1980s, Filipinos and Koreans were the second and third largest immigrant groups, respectively, in the US. Photo by Bong Arboleda, UP MPRO