October 1, 2019 by UP System Administrator 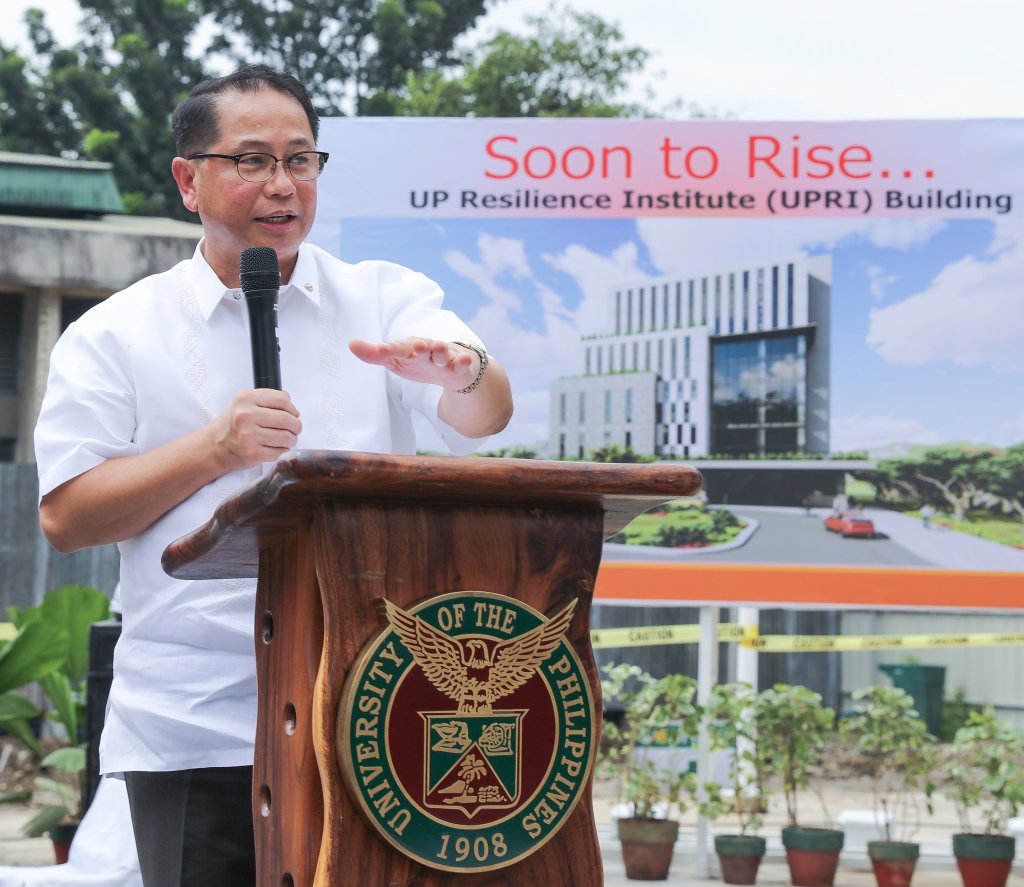 UP President Danilo Concepcion vows no large trees will be cut in the course of infrastructure development in UP campuses. Smaller trees will be saved and transferred to other locations where they will be allowed to grow. Earlier, Concepcion read the message of former Senator and now House Deputy Speaker and Antique Representative Loren Legarda, where she pledged her continued support for similar initiatives—whether in legislation or other means. (Photo by Misael Bacani, UP MPRO)