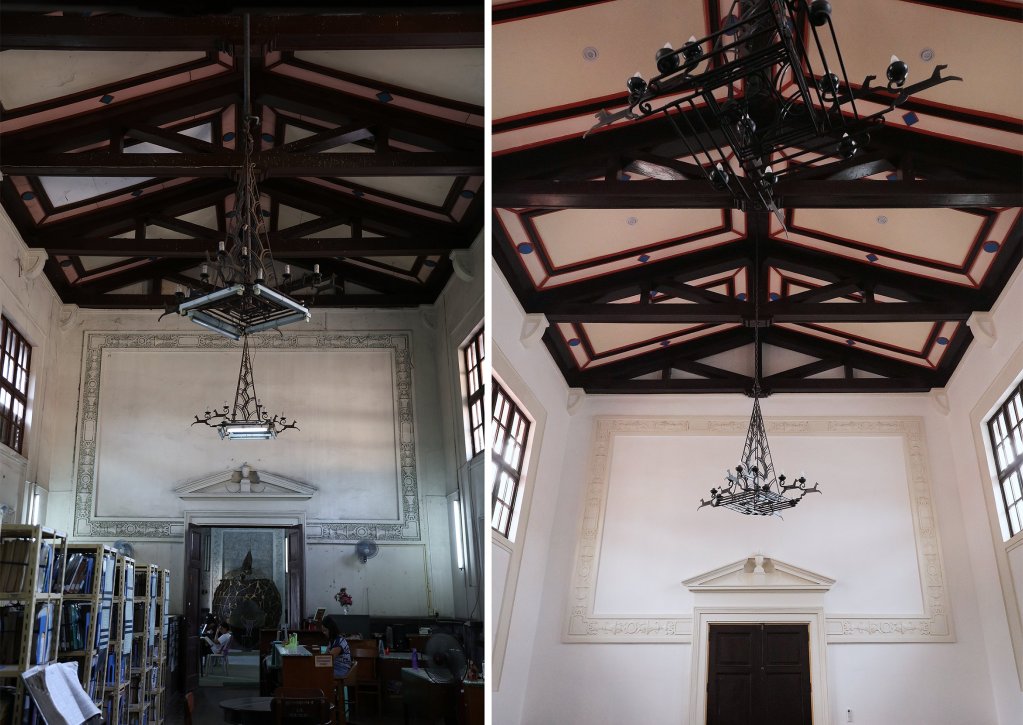 Before (left, taken 14 August 2017) and after (right, taken 15 August 2019) photos of Lozano Hall, the Session Hall. It was named in honor of Cresenciano M. Lozano, the legislator from Guimaras who authored House Bill 2368 which elevated the status of Iloilo from a municipality to a chartered city in 1937. The left photo shows its use as a library two years ago. The chandeliers in Lozano Hall were the only originals left, so the restoration entailed the recreation of the chandeliers to be put in the former courtroom and in the hall across Lozano. (Photos by Misael Bacani, UP MPRO)