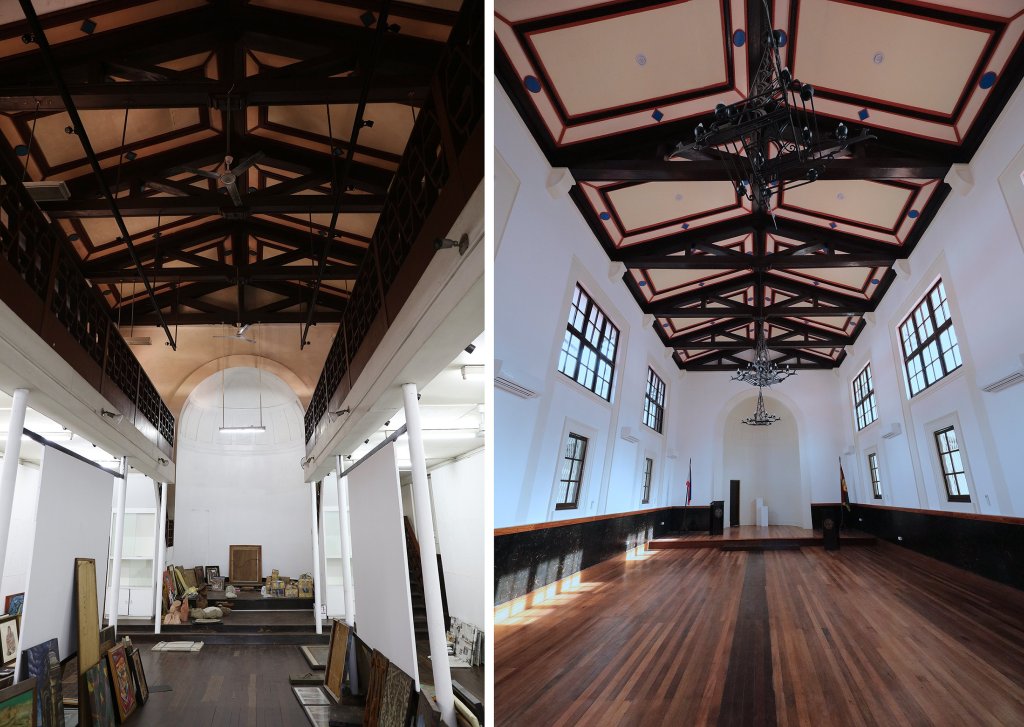 A central feature of the Main Building is this hall that directly faces the main entrance. It was originally the courtroom when the building was still the Iloilo Municipal Building during construction, then later became the Iloilo City Hall upon inauguration. The left photo, taken on 14 August 2017, shows the space as an art gallery with a mezzanine. The right photo, taken on 15 August 2019, shows the hall as it was originally designed. Old wood that matched the original flooring were bought from old houses, according to NHCP Chairman Rene Escalante. (Photos by Misael Bacani, UP MPRO)