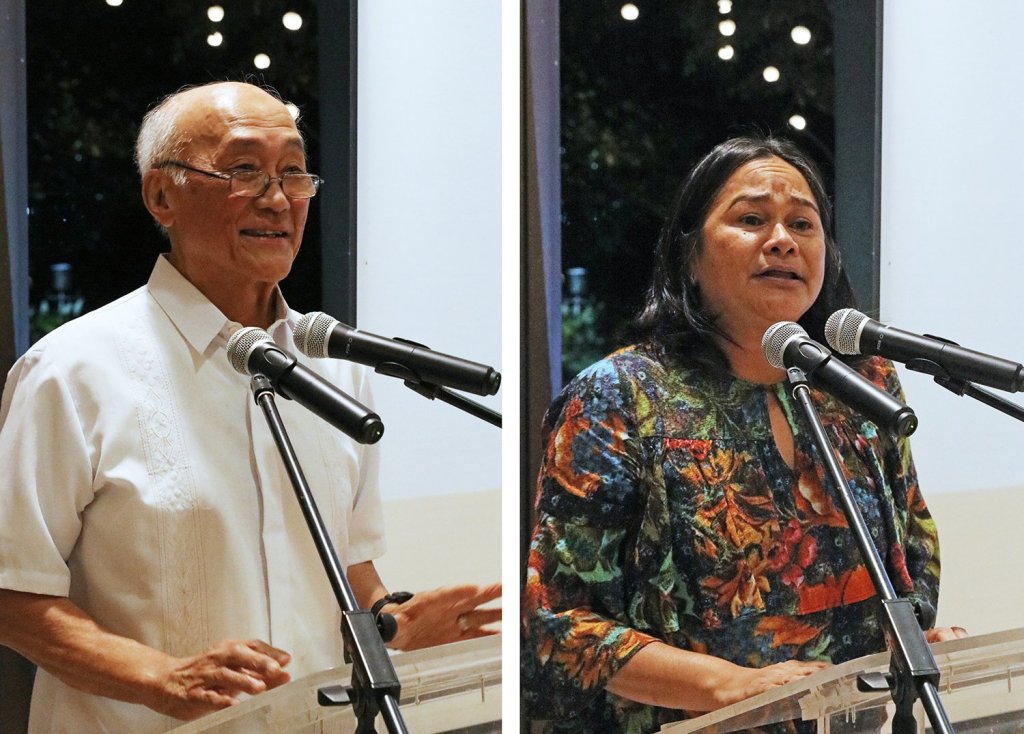 Dr. Gerardo Sicat (left), whom Dalisay says “took a chance on him” by hiring him at NEDA. When Sicat left NEDA, he gave Dalisay a typewriter as a parting gift and asked him to pick ten books from his personal library. He reveals with a laugh that Dalisay picked his favorites.

Dr. Judy Celine Ick (right) met Dalisay in French class when he had returned to his studies in UP Diliman. The classmates became friends and later, colleagues at the DECL. “In the days before computers, when Butch used to type out his stories, I was always a recipient of a signed carbon copy.” (Photos by Misael Bacani, UP MPRO)